With over 500 miles of accessible 4WD trails at our doorstep, is it any wonder Ouray is know as the Jeeping Capitol of the World? 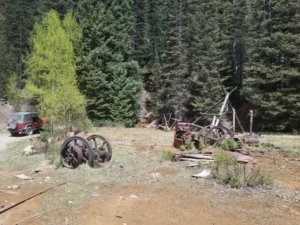 When driving to Telluride in the winter, or in a sedan, or if you’re in a hurry, it is a circular route down Highway 550 to Ridgway, turn on to Highway 62, then a few miles further down the road, turn onto Highway 145 which takes you to a town very similar to Ouray, but a mountain range away. The entire drive is forty-seven miles and takes about an hour. 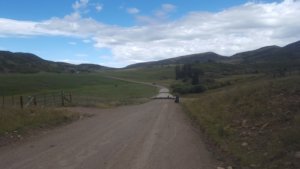 Of course, thats not the only way to Telluride, just the fastest. Imogene, Black Bear, Ophir and Last Dollar are some other options, sure to get your blood pumping.

Black Bear Pass is the shortest in miles, but takes alot longer than the highway. A short twelve miles of sharp twists and narrow turns, this level five jeep trail is not for the faint of heart. In fact, most rental companies strictly forbid the use of their vehicles on this one. Definitely take a tour though! 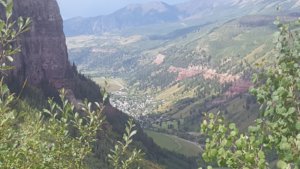 Imogene is a level four jeep trail traversing 17 miles of spectacular scenery. This is propably the second most popular trail in the area, taking drivers over rough terrain to the summit of 13,100 feet. Black Bear and Imogene are usually the last trails to open – typically the first week of July. 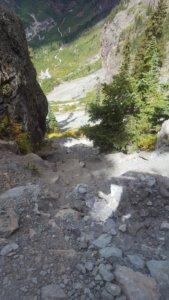 Ophir Pass is considered one of the easier four wheel drive roads in the area. Summiting at a little over 11,000 feet, this level three trail travels past waterfalls, and a mountain lake as it eventually drops you into the small town of Ophir, a few miles away from Telluride. As you enter into the ‘city limits’ of Ophir, you are greeted with a welcome sign which proclaims the population down to house pets. Super cute! 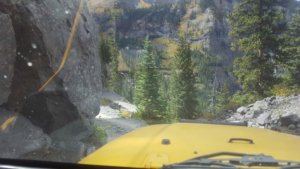 Are you a John Wayne fan? Last Dollar Road takes travellers past the Ross Ranch, one of several film locations from True Grit in and around Ouray County. Accessed about 10 miles outside of Ridgway, at the top of Dallas Divide, this level one trail gives drivers a sense of the majesty of the back country without the extreme switchbacks and sheer drops of some of the more difficult roads.

Do them all, perhaps not in one day, but each road is its own adventure and well worth the drive. After that, no worries! Take a drive to Silverton over Corkscrew or head on over to Lake City on Engineer, or explore some ghost towns in Red Mountain Town.