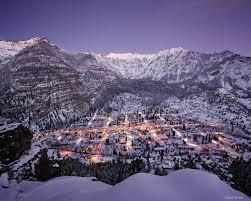 Often referred to as “The Switzerland of America” for its dramatic peaks and waterfalls, the city of Ouray was founded on mining in the 1800’s.

As the Gold Rush was sweeping through the west, Ouray was primarily mined for silver. After a dramatic crash in the value of silver, several mines in the county were forced to close, and entire towns disappeared into oblivion. 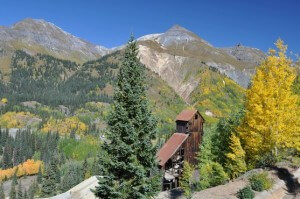 It is an interesting idea that once this area was so populated – Ouray itself boasting over 2,000 residents in the city limits alone! Towns like Ironton, Red Mountain and Sneffels were thriving communities with several hundred occupants as well. Mining claims abound to this day, though they have not been in operation for decades. 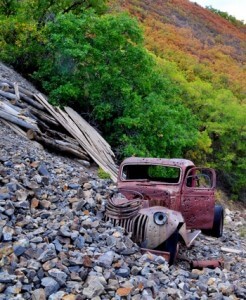 Practically every hiking trail and four wheel drive road leads to the remnants of the past, now overgrown and returning to the arms of nature. Adventure and history enthusiasts alike enjoy the fantasy of the past when exploring the hidden gem that is Ouray. In the winter months, with modern snow exploration gear, it is strange to imagine the people who once thrived in Animas Forks – once know as the highest altitude city in the nation and now one of the most well preserved ghost towns in the state. 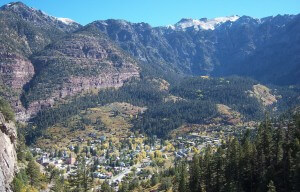 You could spend a lifetime exploring Ouray County, and perhaps never actually see everything it once was and will be. Every season brings new adventures and exciting chances to learn more about one of the best kept secrets in Colorado.

Let the staff at the Box Canyon Lodge & Hot Springs help you create an escape that will forever hold fond memories of a not so distant era in American history!